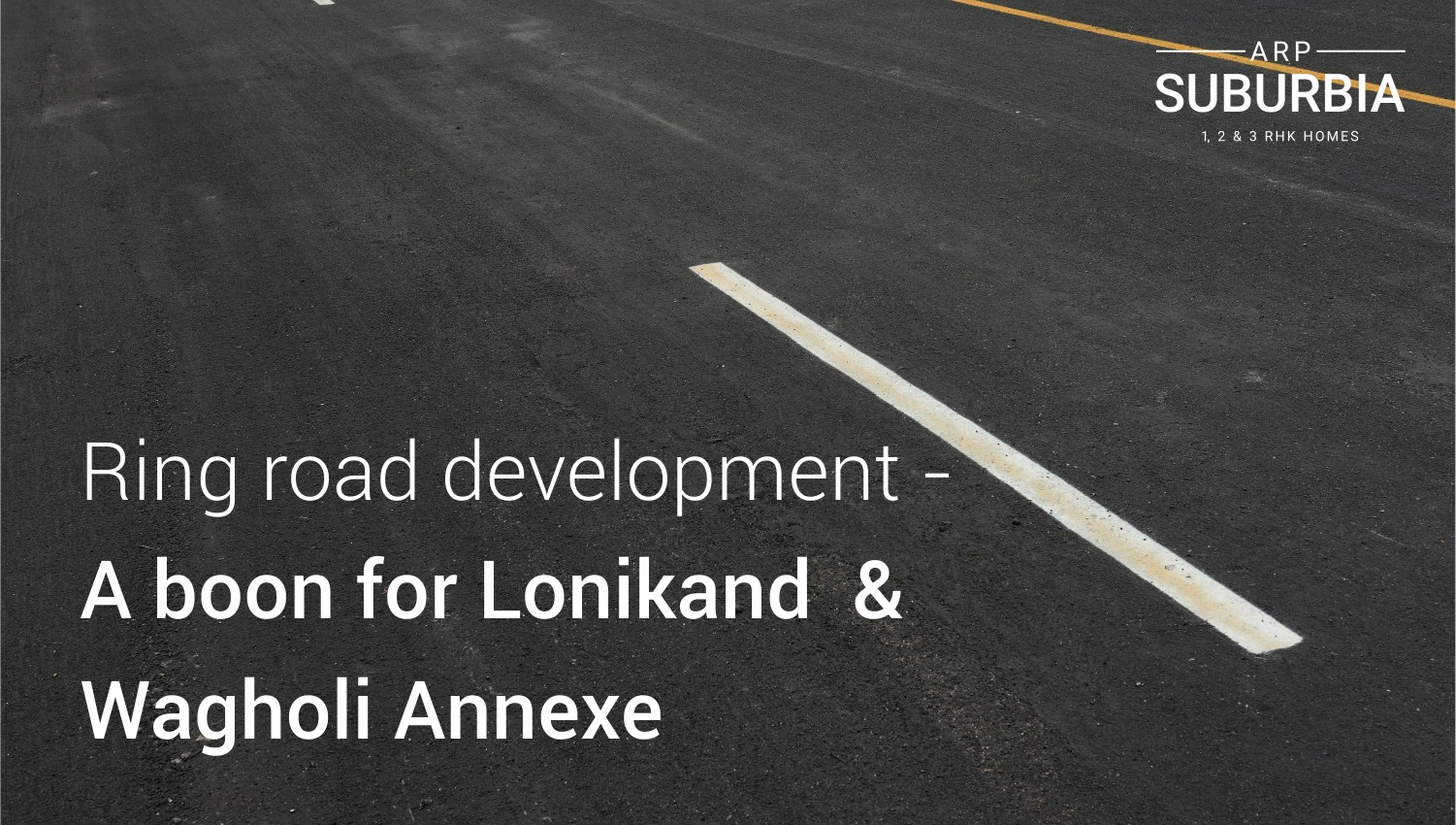 Centrally positioned from prominent eastern suburbs, Wagholi has become the apple of the eye for hoards of homebuyers. The developments in this area have been spectacular, and they would gather a momentum due to the upcoming Ring road. Prospective homebuyers and people working in the industrial sector have been opting for Wagholi. It enjoys great connectivity with Nagar Road, the airport, Sholapur Highway, Bund Garden and Shikrapur-Chakan road adds to its accessibility.  Nagar Road has been already widened to six lanes.  This area is supposed to be a digression to Ring Road surrounding the city. The ring road will cover 29 villages of Pune district including Wagholi and Lonikand annexe.  The Pimpri- Chinchwad Municipal Corporation and Pune Municipal Corporation would acquire the required land for this project.   Besides, the Ring Road would connect highways such as Pune-Nashik, Mumbai-Pune-Solapur, Pune-Ahmednagar and Pune-Satara that pass either through Pune and Pimpri-Chinchwad or around these cities.

Ring Road would cut down the traffic

The present traffic condition is getting dismal by the day. There is no escape from the strangling traffic jams. This happens in the absence of separate routes segregating the vehicles to their respective directions. The rapidly mushrooming industries, IT hubs and other types of socio-economic growth have been causing this precarious traffic condition. Add to this local traffic, the traffic headed towards Mumbai-Pune Solapur highway. This worsens the traffic condition even more.  The Ring Road would redirect this traffic.  This would definitely cut down the distance and travel time considerably.

More commercial growth in the offing

Connectivity to Pune-Nashik, Mumbai-Pune-Solapur, Pune-Ahmednagar and Pune-Satara highways would invite more commerce. More and more Indian companies and multinationals would favour Wagholi as a result.

In short, Ring Road would open many avenues for commercial growth. This obviously means that owning property here would be a lucrative investment option with an accelerating value.

It is no secret anymore that Wagholi is a preferred choice for so many home buyers in Pune, looking for better lifestyle opportunities. Apart from location convenience and other infrastructural amenities, Wagholi offers a chance at community living too!

For an upcoming suburb like Wagholi, community living plays an important role for home buyers.

Here are some reasons why living in an upgraded community is a viable and necessary option for you if you are planning to invest in a 1 RHK, 2 RHK or even 3 RHK in Wagholi.